Underground Europe – a unique record fair and swap in Berlin

After nearly two years it´s about time for the first article in english on Vinyl Fantasy (no worries, there will be a german translation going online tomorrow or later this day). At the weekend there will be an international record fair in Berlin. Some of you might ask, what´s so special about it since there are constantly lots of record fairs and flea markets selling vinyl in the german capital. The „Underground Europe record fair and swap“ however would like to „say goodbye to the classic record fair„. I talked to Adam, one of the organizers, about he hows and whys.

UNDERGROUND EUROPE describes itself as „the first European record fair and swap exclusively focused on underground vinyl„. With underground music being „the kind of music that major labels consider uncommercial, that biggest radio station intentionally overlook, that mainstream magazines avoid covering.“ That´s why visitors of Underground Europe will mostly find vinyl records from DIY-labels ran out of the bedroom with pressings that usually don´t exceed three digit numbers. There will be mailorders, labels and record stores from all over Germany, but also from the United States, Italy or even Peru.

If you want to know more about what to expect from the special event, take a look at the short interview I did with Adam further down. I asked him a couple of questions not only about the fair, but also about the influence of major labels jumping on the vinyl bandwagon and the future of the so-called vinyl boom.

„It´s a place for people to meet. Vinyl is just a great excuse to get us all together.“

VFM: There are a lot of flea markets, record fairs and record stores in Berlin – some existing for 15 or 20 years, some opening recently. What makes Underground Europe that special, so that Berlin needs another place to buy vinyl?

Undoubtly. I myself go to these places as well. Record stores are my favorites. They usually divide the records per genres, so it´s easy to browse through. Record fairs can be a hit or miss. On one hand, you can find good records, on the other hand I noticed that somehow the exhibitors are often the same people that have a stand at a flea market, so after a while you just go through records you´ve already seen somewhere else. This could be different for someone from out of town, of course, which is the case for me when I go to record fairs in Sweden, for example. The flea markets are really a mixed bag. You sometimes have stacks of records that are carried around like bags of potatoes, rained upon, with covers falling apart,…
Then you have your run of the mill 70s and 80s disco and rock records, from the times when records were pressed in millions of copies because there were millions of fans who´d buy them. 30-40 years later, maybe 10% of that number of people does have a turntable at home and maybe another 10% of those actually wants to buy records by Donna Summer, Lionel Richie, Boney M or Chicago. Sometimes you do find something of interest, but just going through piles of vinyl that starts with Charles Aznavour, finishes with Vivaldi and on your way through you find anything from Transilvanian children choir to Heino to Top Gun soundtrack, is at best – discouraging and really time consuming.

So what really is different here is that at least you know what you can find. It doesn´t take long to figure out if the seller has mostly Dark-Wave / Post-Punk / Industrial stuff or rather is specialized in Hardcore / Crust / Grind. Or maybe Garage and ´77 Punk. Or Doom / Death / Black Metal. But at least you don´t have the painful experience of browsing through hundreds of Prince, Bruce Springsteen, Michael Jackson, Diana Ross or Tom Petty records if all you are looking for is something by Crass or Toasters. Fine enough, if your music is mainly mainstream stuff, then you know to stay away from this fair.

The second thing is that it´s not only the fair. It´s also a swap. That means that anyone can bring their own records there and exchange them with others or sell them to either the exhibitors or other visitors at no extra charge. Everyone has some records at home that he/she doesn´t listen to anymore. So why not take the chance to dust those old LPs and 7″s and trade them for something new? That´s probably the most exciting thing about Underground Europe, because there are lots of great records in people´s cupboards, boxes and basements and here´s the chance to bring them out to the sunlight once again.

VFM: Who are the organizers behind the fair – just a bunch of guys loving vinyl or are you working in the music industry, for a label etc.?

You said it – just people loving vinyl and feeling there´s a need for something like this in a city like Berlin. And we found a great venue that´s always been vinyl friendly, so it was love at first sight.

VFM: In your press release it says that you want to „provide a place where once a year vinyl enthusiasts can meet, exchange records, listen to music and chat about it.“ How exactly do you want to achieve this goal?

Well, at the record fair in the classic sense of the word, you come, check out records, buy some (if you´re lucky) and go. That´s what record fairs are for. What we are trying to do is slightly different. First of all, underground in all its facets is just a tiny portion of the music industry, if we´re talking numbers. For one Converge fan there are hundreds of fans of Rihanna or Shakira. That´s just the way it is. On the other hand, if we are talking music, then it´s a different story. There are so many different genres that we could spend hours here trying to list them all.

So, going to a record fair where you can find records by the bands you listen to AND meet other people who are into these bands is not the same as walking into Virgin megastore wandering around. And exactly because there aren´t many people who listen to Bane or Amen Ra or Cathedral, it´s exciting to meet like minded people. You find people you can go to gigs with, mailorders or distros that sell the type of music you like, people in bands and labels,..

VFM: What can the visitors of Underground Europe expect from the fair next to buying or swapping records?

We are trying to create a cozy place where people can come, enjoy the atmosphere and hang around. Browse through the records, exchange their own records, get a beer, play a game of kicker, chill out on sofas at the outdoor area, watch one of the several bands playing acoustic shows during the fair, enjoy vegan brownies or wraps.
We´d like to say goodbye to the classic record fair and create something that people will be enthusiastic about. It´s a place for people to meet. Vinyl is just a great excuse to get us all together.

VFM: Can you tell me how many labels and/or record stores will take part and sell their records at the fair? And what kind of musical genres are represented?

The number is changing every day. It started slowly, but the last two weeks have been really hectic with lots of people expressing interest. Some stands are shared between 2 or more labels, so it´s hard to tell the exact number. For a few we´re still waiting for the confirmation. A few dozens of different mailorders, labels, shops and private sellers plus all the visitors planning to bring in their own vinyl.
Genres? I don´t even know all the genres. Here´s a quick rundown of a few genres I´m sure will be represented, but there´s tons more: Punk, Garage, Indie, Crust, Experimental, Alternative, Dark-Wave, Hardcore, Minimal, EBM, Doom Metal, Grind, Power Electronics, New Wave, Metalcore, Lo Fi, Industrial, Emo,… plus a lot of obscure Rock´n´Roll, Rockabilly, Ska, etc.

VFM: I order a lot of records from small labels (mainly hardcore) and in the last weeks I got half a dozen e-mails with excuses that the release has to be postponed for a couple of weeks. Do you think that the major labels jumping on the vinyl bandwagon will become a problem for small DIY-vinyl-labels, that Underground Europe fair focuses on?

Well, for the time frame you are referring to it was because of the Record Store Day. It got a bit out of hand and everyone and their mother were pressing special limited editions to sell on that particular day. While the Record Store Day did help the resurrection of vinyl, I don´t like the idea of creating all these special editions just to be sold on one particular day. Somehow, all these editions sold at one particular place or time (tour editions, record store day editions, release party editions) lost their appeal to me. What if someone is not lucky enough to live somewhere that band is touring or no record stores in the area host the RSD event? It´s too exclusive in my opinion, while music should be all inclusive.

For the second question, the major labels jumping on the vinyl bandwagon certainly won´t represent a problem. DIY labels coexisted next to majors for decades, so whether majors come back to vinyl because it sells or they don´t, it won´t affect the small labels. I used to work for a record distributor when I was a young student and I learned one thing: sharks have the oceans, but we are small fish swimming in shallow waters. We´re safe here.

VFM: Speaking of it: Do you think that the ongoing renaissance of vinyl is just a temporary phenomenon or will it establish itself as a popular medium of music consumption?

In my opinion it´s temporary. Only the real need stays, while fashions come and go. We´ve been wearing pants for ages, but in the 60s it was flares, in the 70s we would roll them up, in the 80s they were tight, in the 90s they were baggy,… But we´ve always worn pants. It´s the same with music. We listened to it on reels, cassettes, vinyl, CDs, mp3s,… Vinyl may become fashionable, but it´s not a real need. Real need is the music, and that will always stay. 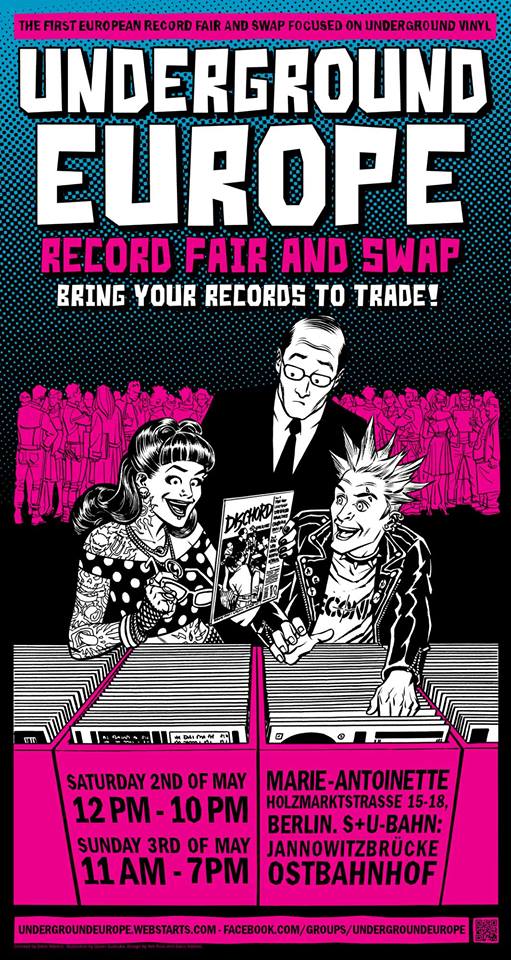 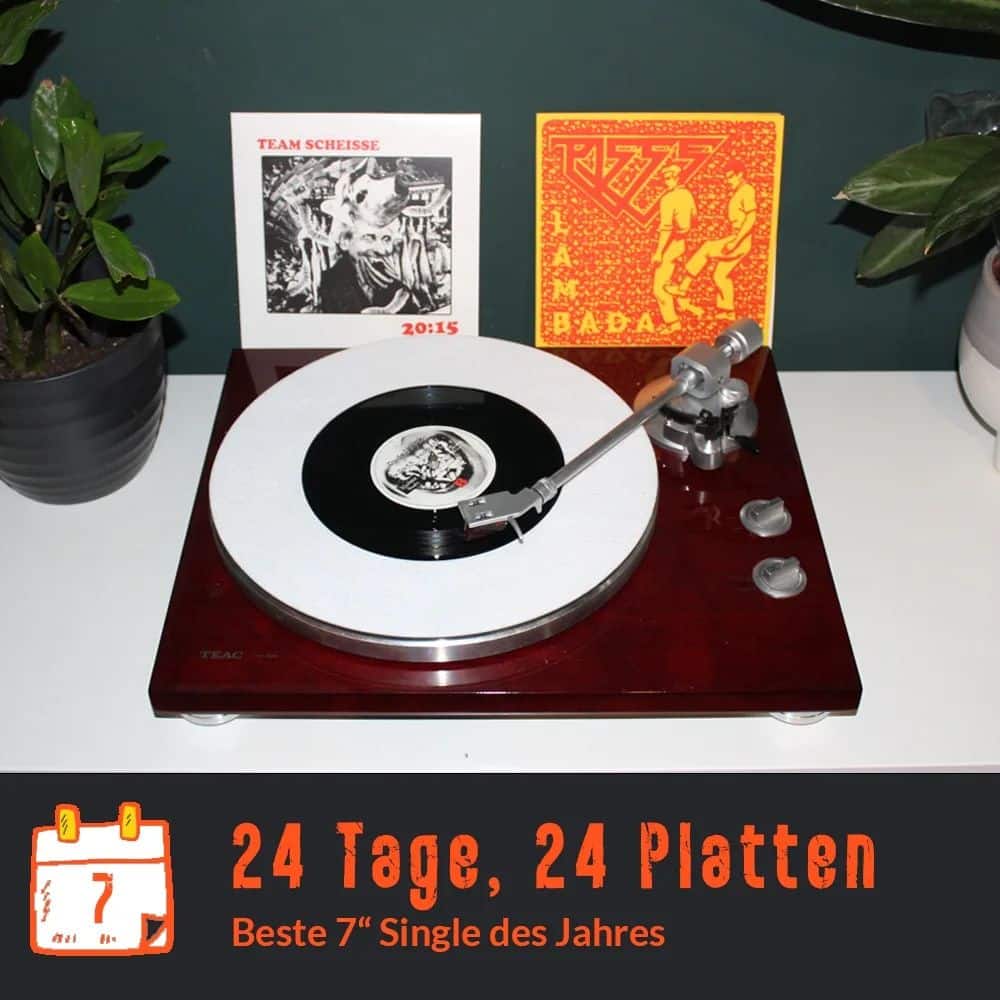 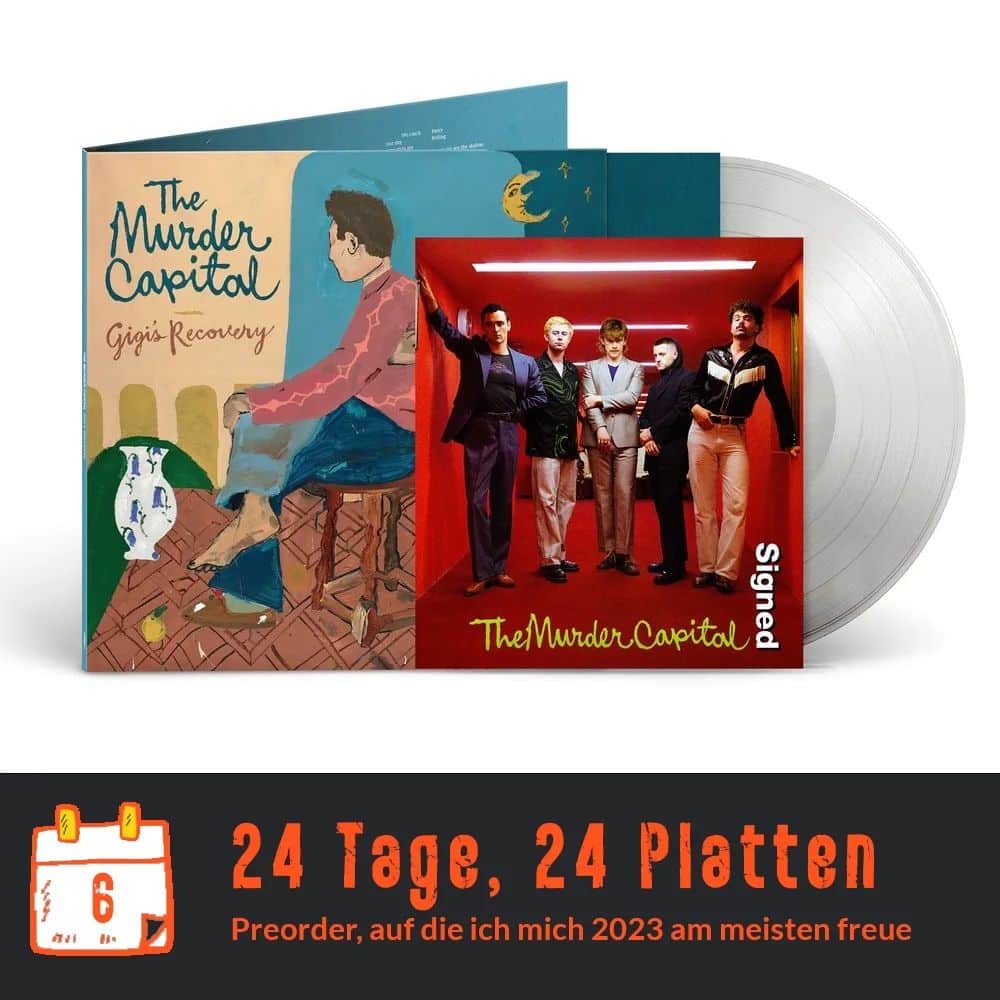 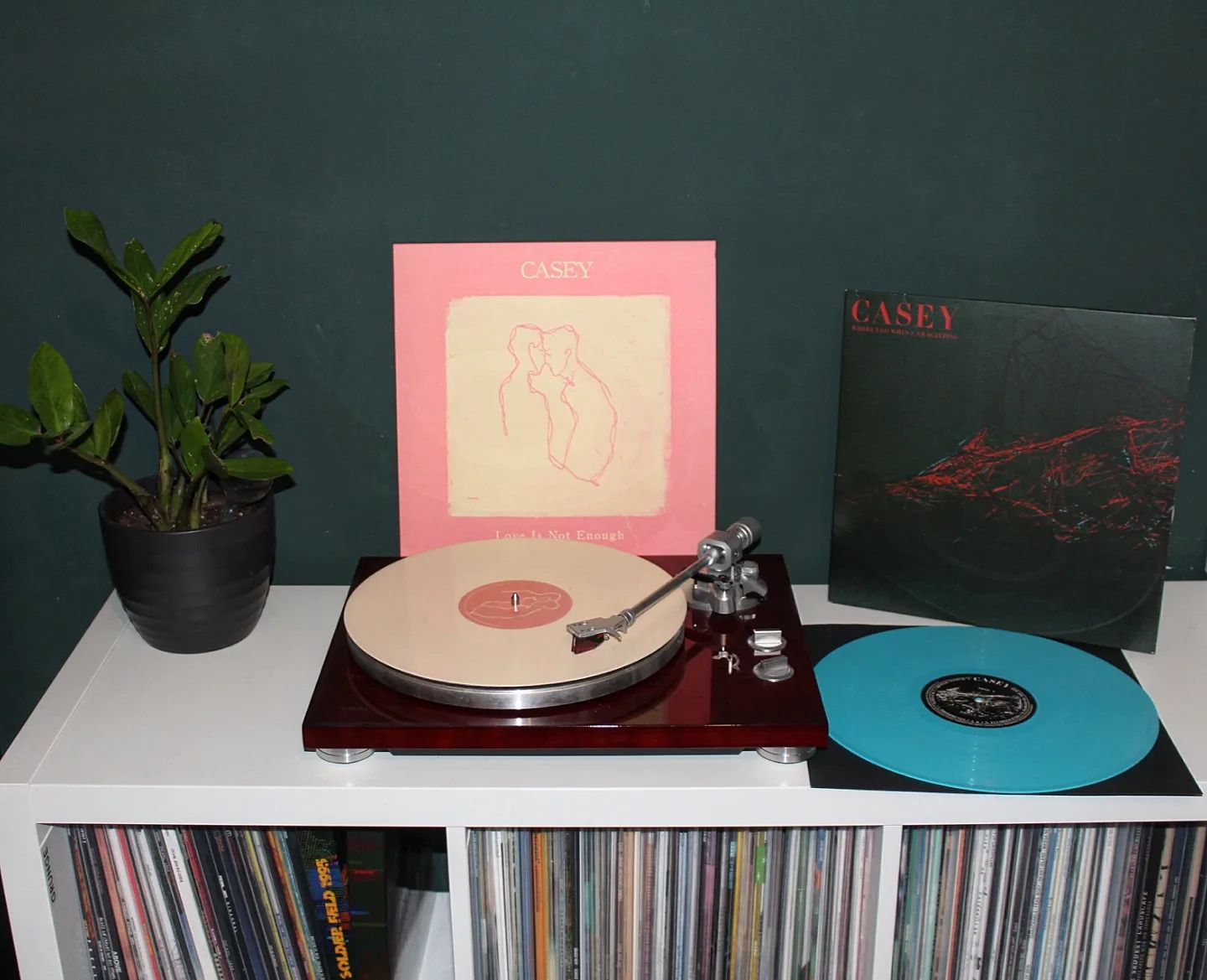 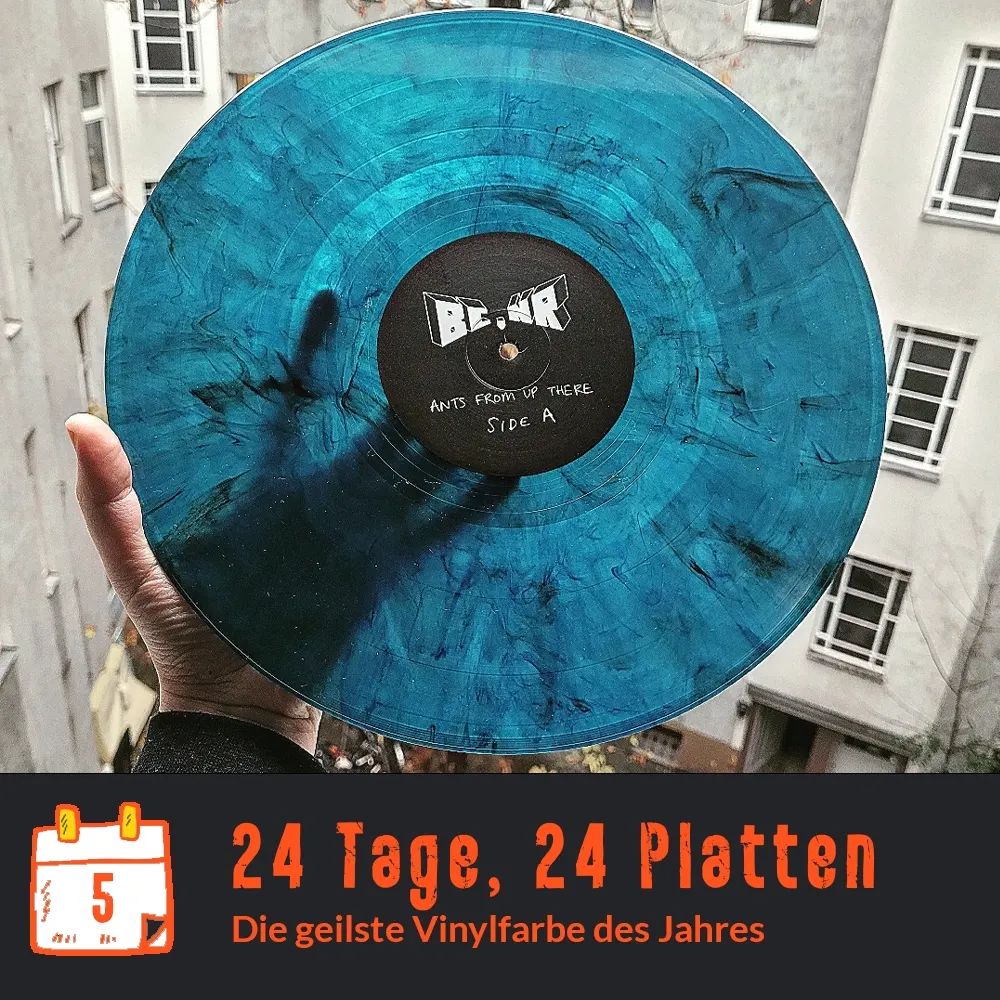 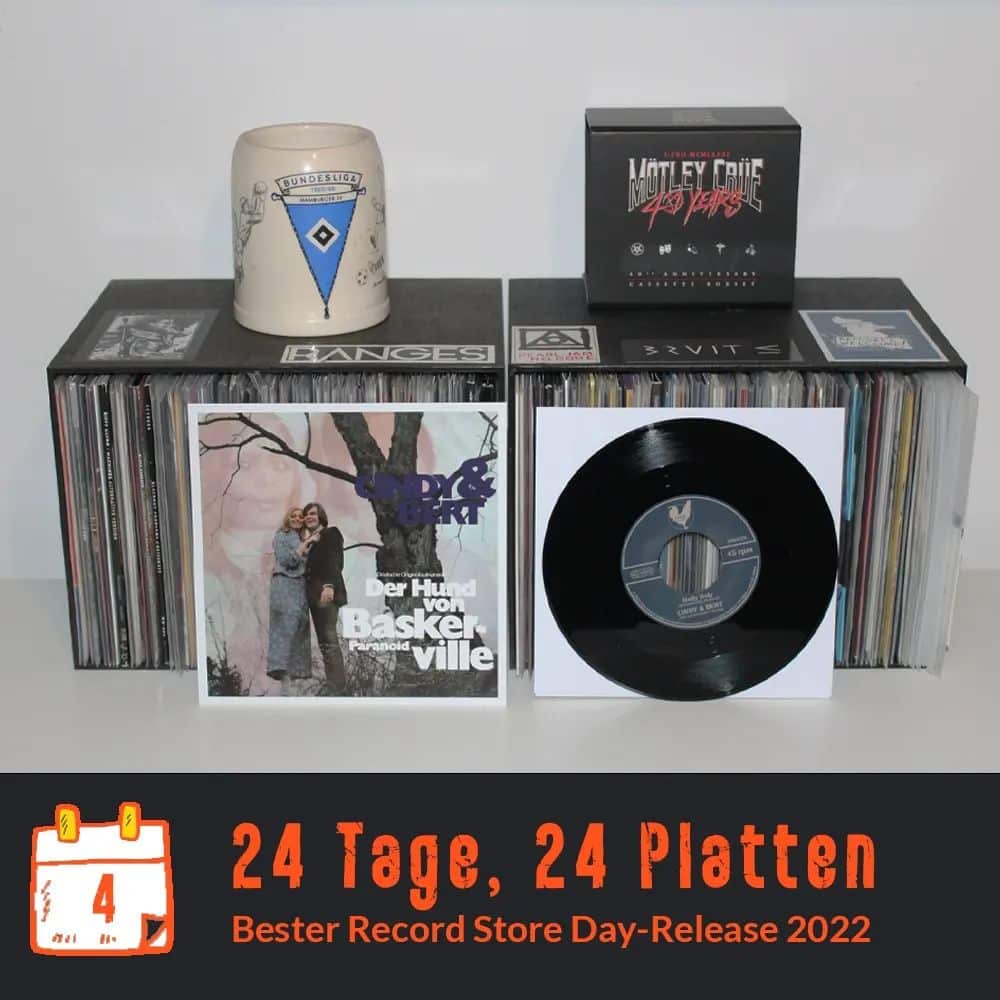 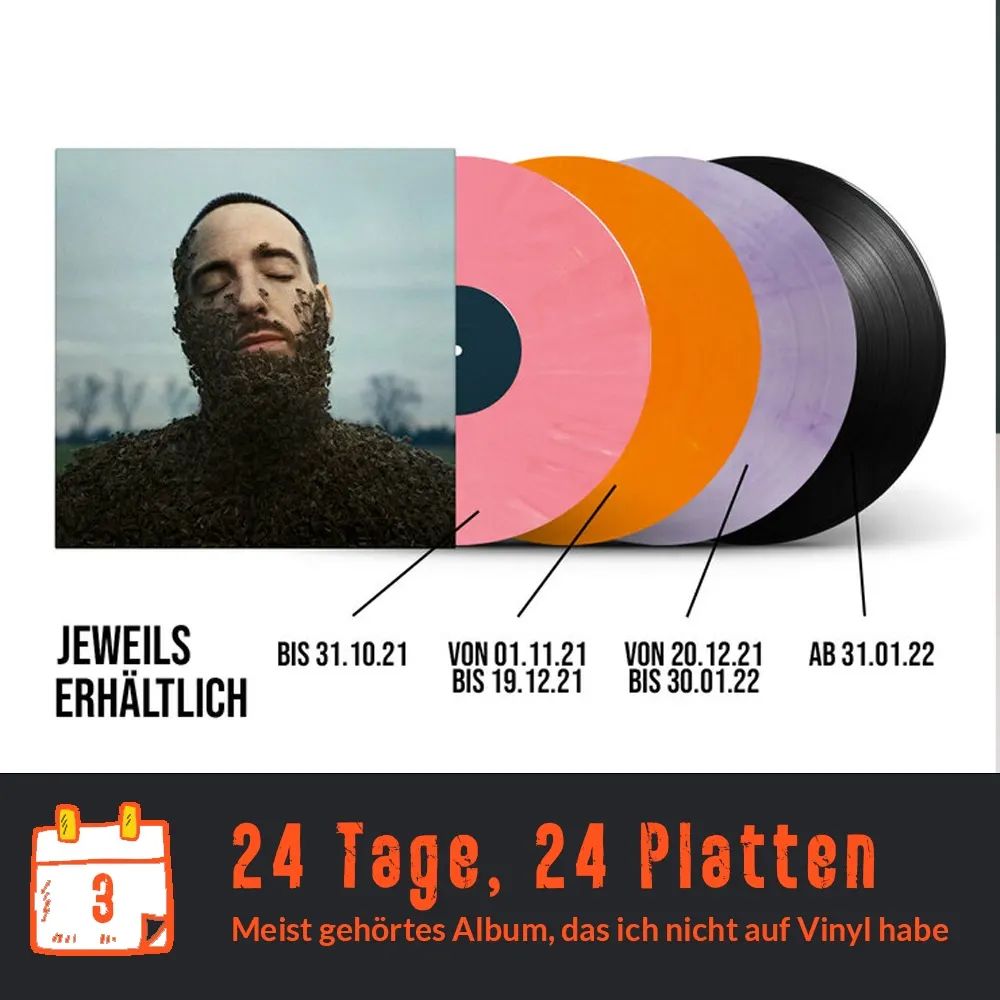 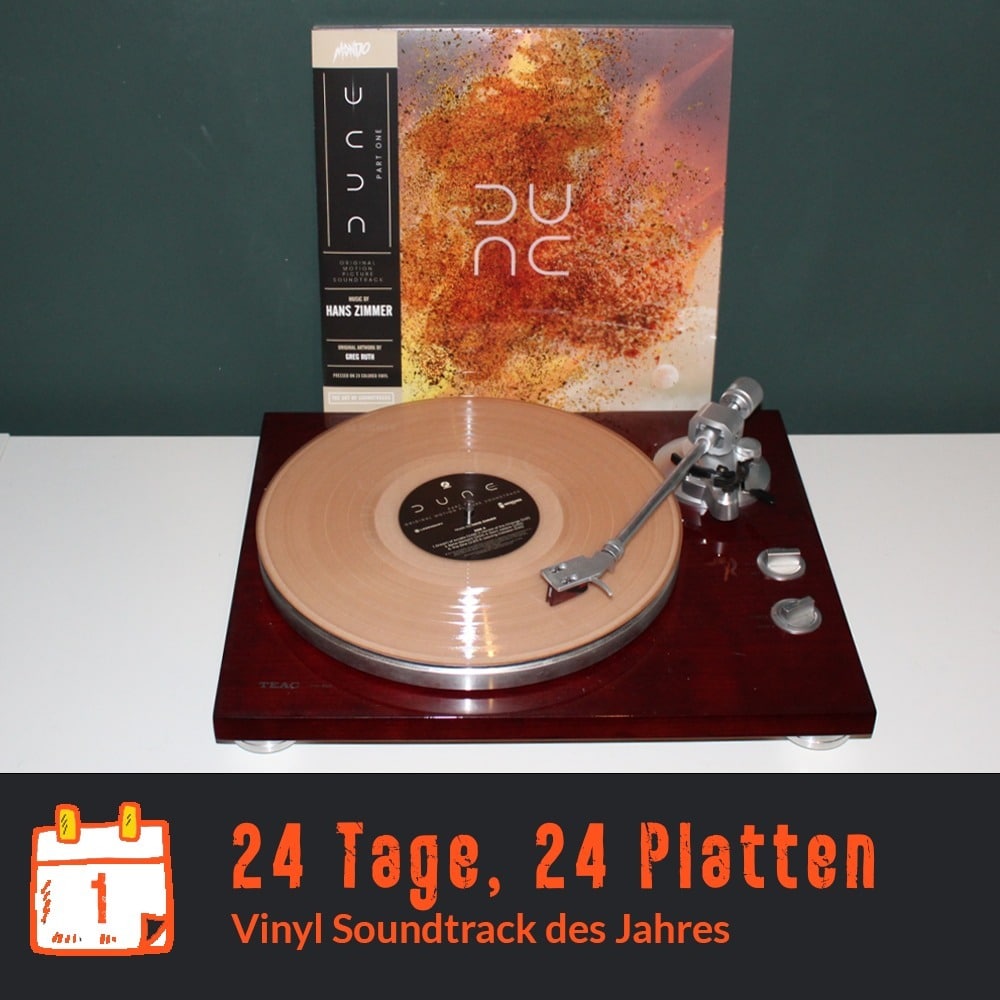 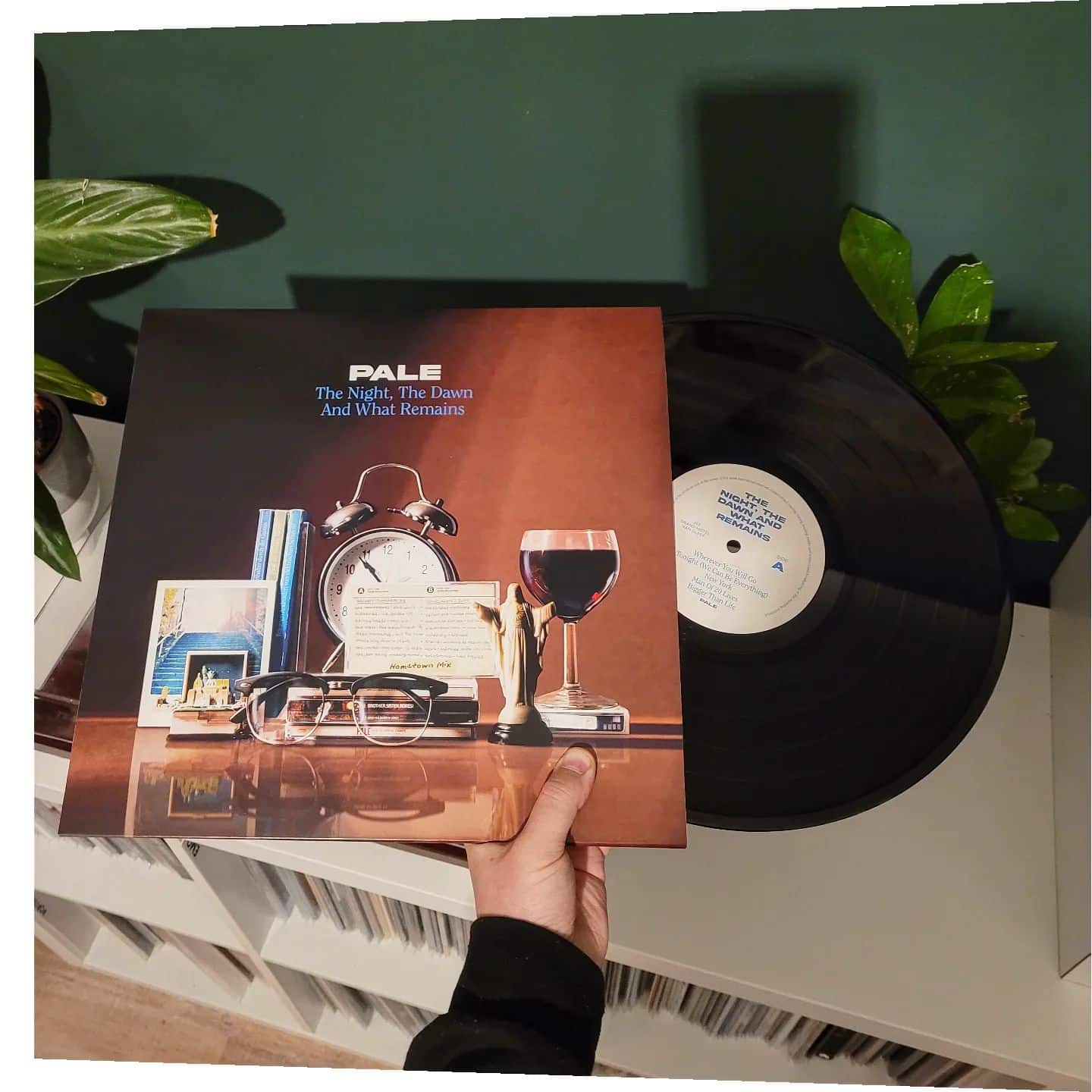 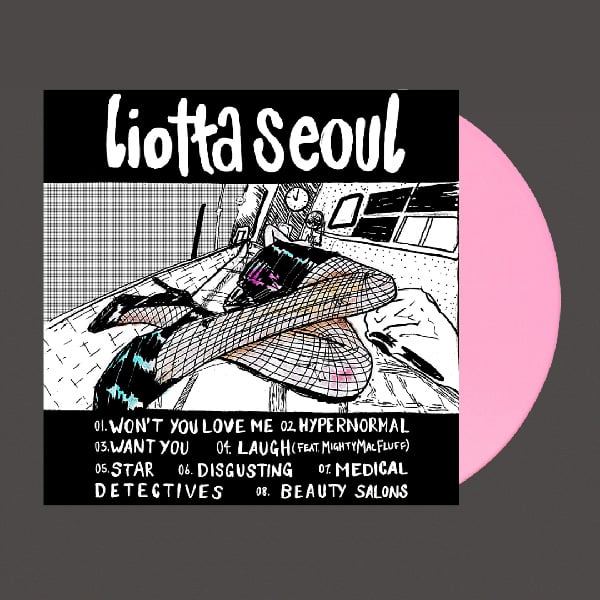 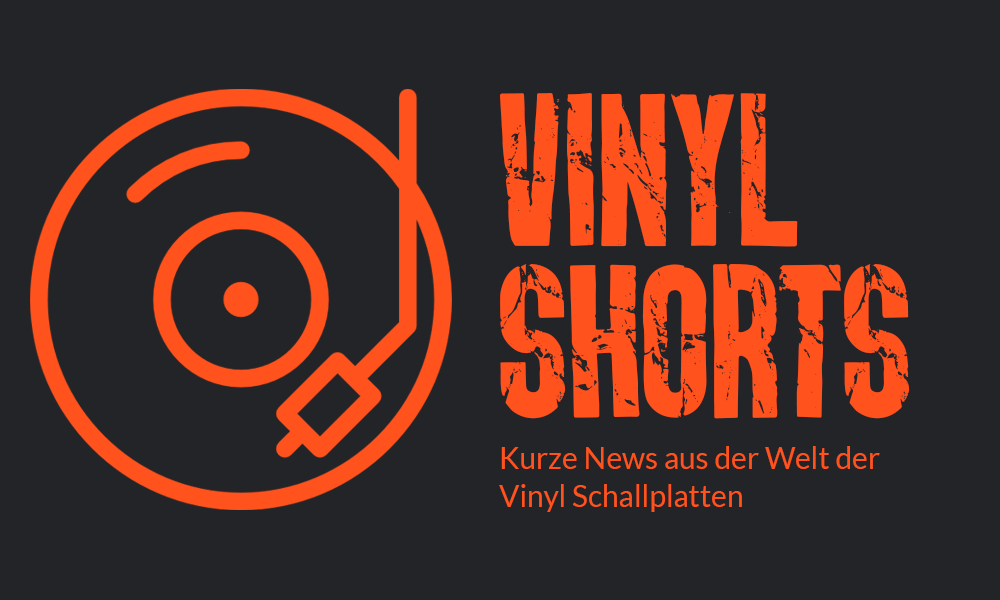 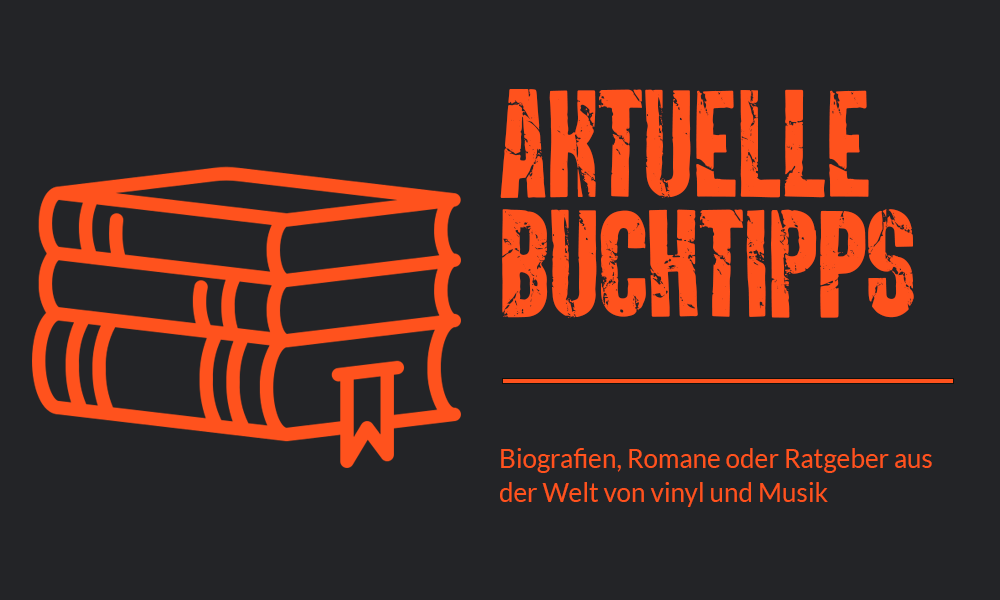